The six basic features of 5G

Compared to 4G, the first problem that 5G has to solve is high speed. As the network speed increases, the user experience and experience will be greatly improved. The network can be faced with unlimited VR/Ultra HD services, and services with high network speed requirements can be widely promoted and used. Therefore, the first feature of 5G defines the speed increase.

In fact, like every generation of communication technology, it is very difficult to say exactly what the speed of 5G is. On the one hand, the peak speed is different from the actual experience speed of the user, and the speed of different technologies will be different. The peak requirement for 5G base station is not less than 20Gb/s. Of course, this speed is the peak speed, not every user experience. With the use of new technologies, there is room for improvement at this speed.

This speed means that users can download a high-definition movie every second, or they can support VR video. Such high speeds provide opportunities and possibilities for future businesses that require high speed. 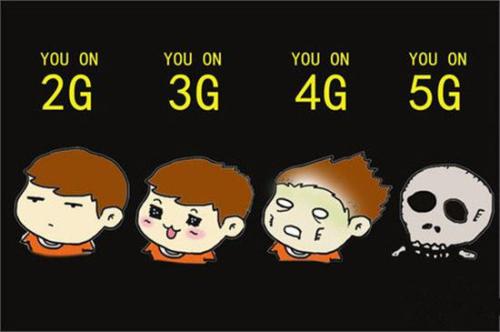 With the development of the business, the network business needs to be all-encompassing and widely existed. Only in this way can we support a richer business and use it in complex scenarios. The ubiquitous network has two levels of meaning. One is extensive coverage and the other is deep coverage.

Broadly refers to the various places in our social life, which need to be widely covered. In the past, the mountain valleys did not necessarily need network coverage, because there are few people living, but if you can cover 5G, you can deploy sensors in large quantities to change the environment, air quality and even landforms. This is very valuable for monitoring earthquakes. 5G can provide a network for more such applications.

Depth refers to the depth of coverage in our lives, although there are already network deployments. We have a 4G network in our home today, but the quality of the bathroom in the home may not be very good. The underground parking garage has basically no signal, and it is now acceptable. With the advent of 5G, the bathrooms and underground parking garages with poor network quality can be widely covered with a good 5G network.

To support large-scale IoT applications, 5G must have power requirements. In the past few years, wearable products have developed, but many bottlenecks have been encountered. The biggest bottleneck is the poor experience. Take a smart watch as an example. Recharge every day, even less than one day. All IoT products require communication and energy. Although communication can be achieved by various means today, the supply of energy depends on batteries. If the communication process consumes a lot of energy, it is difficult to make the Internet of Things products widely accepted by users.

If you can reduce the power consumption, and let most IoT products charge once a week, or even once a month, you can greatly improve the user experience and promote the rapid spread of IoT products. The eMTC evolved based on the LTE protocol, and the LTE protocol was tailored and optimized for better communication between objects and for lower cost. The eMTC is deployed on a cellular network, and its user equipment can directly access the existing LTE network by supporting 1.4MHz RF and baseband bandwidth. The eMTC supports a peak rate of up to 1 Mbps for both uplink and downlink. NB-IoT is built on a cellular network and consumes only about 180 kHz of bandwidth. It can be deployed directly on GSM networks, UMTS networks or LTE networks to reduce deployment costs and achieve smooth upgrades.

NB-IoT can be deployed based on GSM network and UMTS network. It does not need to rebuild the network like 5G core technology, but although it is deployed on GSM and UMTS networks, it is still a rebuilt network. Its ability to greatly reduce power consumption is also to meet the needs of 5G for low-power IoT applications. Like eMTC, it is an integral part of the 5G network system.

A new scene for 5G is a highly reliable connection for driverless, industrial automation. Information exchange between people, a delay of 140 milliseconds is acceptable, but if this delay is used for driverless, industrial automation is unacceptable. The minimum requirement for 5G for latency is 1 millisecond or even lower. This puts a harsh demand on the network. And 5G is an inevitable requirement for the application of these new fields.

Driverless cars need to be interconnected by the central control center and the car. The car and the car should also be interconnected. In high-speed operation, a brake needs to send information to the car in an instant to react, about 100 milliseconds. Time, the car will rush out a few tens of meters, which requires the information to be sent to the car in the shortest delay, braking and vehicle control reaction.

This is especially true for drones. If hundreds of unmanned formations fly, very small deviations can lead to collisions and accidents, which requires information to be transmitted to the flying drone in a very small time delay. In the process of industrial automation, the operation of a mechanical arm, if it is to be extremely refined, to ensure the high quality and precision of the work, it also requires minimal delay and the most timely response. These characteristics are not so high in traditional human-to-human communication, even when people communicate with machines, because people's reactions are slower and do not require the efficiency and refinement of machines. Whether it is a drone, a driverless car or industrial automation, it is operated at a high speed, and it also needs to ensure timely information transmission and timely response at high speed, which imposes extremely high requirements on time delay.

To meet the requirements of low latency, we need to find various ways to reduce the delay in the construction of 5G networks. Techniques such as edge computing will also be adopted in the 5G network architecture.

In 2018, China's mobile terminal users have reached 1.4 billion, of which mobile phones are the mainstay. The communication industry's vision for 5G is every square kilometer, which can support 1 million mobile terminals. In the future, access to the terminals in the network is not only our mobile phone today, but also more and more strange products. It can be said that every product in our life is likely to access the network through 5G. Our glasses, mobile phones, clothes, belts, and shoes all have access to the Internet and become smart products. Doors and windows, door locks, air purifiers, fresh air blowers, humidifiers, air conditioners, refrigerators, and washing machines in the home are all likely to enter the era of intelligence. Through 5G access to the network, our family has become a smart home.

In the social life, a large number of devices that were previously impossible to connect to the Internet will be networked and smarter. Public facilities such as cars, manhole covers, utility poles, and trash cans have been difficult to manage in the past, and it is difficult to be intelligent. And 5G can make these devices become smart devices.

If our driverless system is easy to break, it will be like the movie shows that the car on the road is controlled by hackers, the intelligent health system is broken, the health information of a large number of users is leaked, the smart family is broken, and there is no security at home. Guarantee. This situation should not occur, and the problem is not solved by tinkering.

In the 5G network construction, the security problem should be solved at the bottom. From the beginning of network construction, security mechanisms should be added, information should be encrypted, the network should not be open, and special security mechanisms need to be established for special services. . The network is not completely neutral and fair. To give a simple example: on the network guarantee, ordinary users access the Internet, and there may be only one system to ensure that their network is unblocked, and users may face congestion. However, the intelligent transportation system requires multiple systems to ensure its safe operation and ensure its network quality. When the network is congested, the network of the intelligent transportation system must be ensured. And this system is not the general terminal can access management and control.http://www.ietross.com/